An FBI agent, a tweet, and a parody disparity

In the 24 hours after it was posted, it appears that tens of thousands of people were fooled by a viral tweet from an account ‘parodying’ newly fired American FBI agent Peter Strzok.

Agent Strzok was dismissed in mid-August, months after personal text messages highly critical of Donald Trump were made public. Strzok sent the texts while working on investigations into both Trump and Democratic presidential candidate Hillary Clinton. He said his personal biases did not affect his work.

Whenever there is an issue that people are talking about, especially when it is emotionally charged or partisan, there will different people with different motives, who want to be part of the conversation — to influence what people think, add fuel to a fire, or just get attention.

After Strzok was fired, the account @_peterstrzok began issuing tweets in his voice. One tweet called president Trump “a dictator” and an “unhinged madman.” The day after it began tweeting, the account changed its name to @notpeterstrzok. It has since been suspended by Twitter. 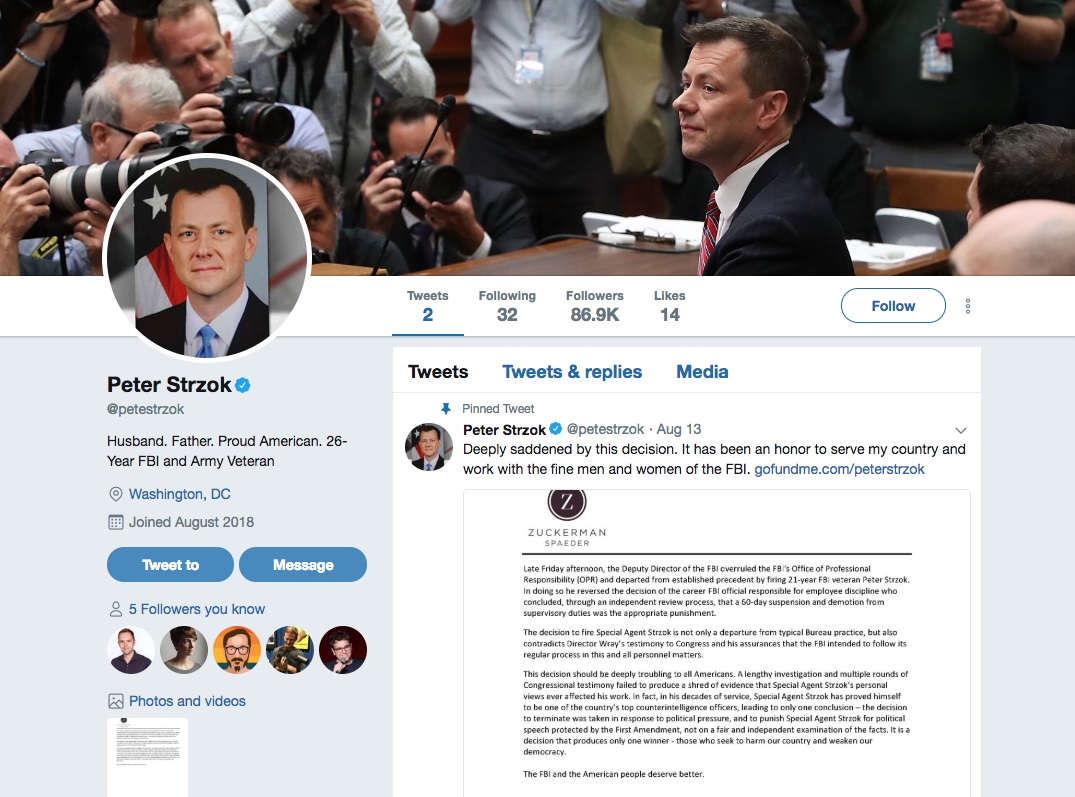 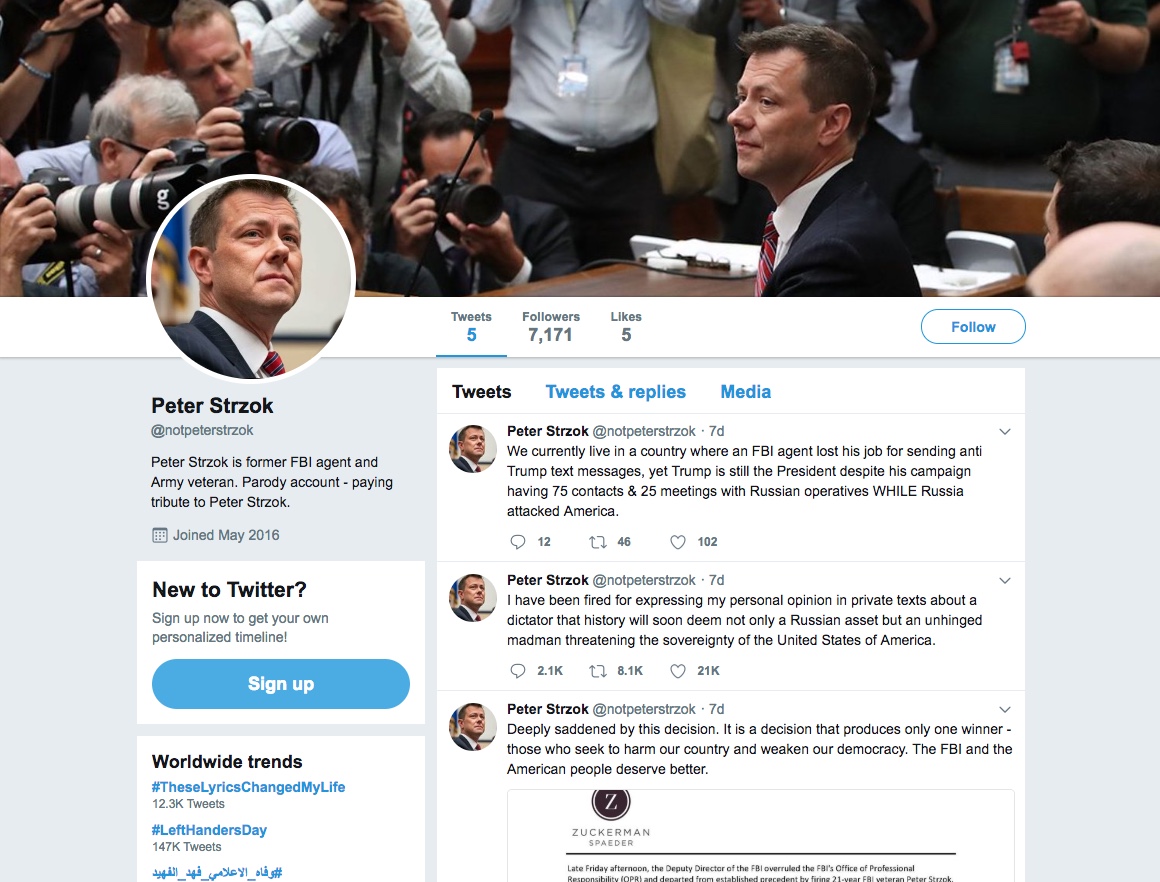 Teacher Note: Credibility signals such as age of account don’t apply in this case, as the real account is new, with not many tweets, but there’s an opportunity here to discuss how lists of questions just give clues, not necessarily answers.

The Oxford dictionary defines parody as “An imitation of the style of a particular writer, artist, or genre with deliberate exaggeration for comic effect.”

‘Poe’s law’ is an online term with a long history, but simply stated by a recent Wired article, it’s the idea that “On the internet, it’s impossible to tell who is joking.”

A lot of online misinformation connects to Poe’s Law. Satire and parody can lose context, or be difficult to identify to begin with, and small disclaimers on misinformation can be used as a defence when someone is fooled by invented content.

Here’s a Wiki list containing many more examples of Poe’s Law. For instance the Flat Earth Society, which is likely to have a good mix of true believers, people who like the group ironically, with others in between.

– Have you ever been upset by something someone said, only to have them respond, “I was just kidding!”? Were they kidding? How can you tell? Why does it matter?

– How might knowing about this principle help with navigating information online in general?